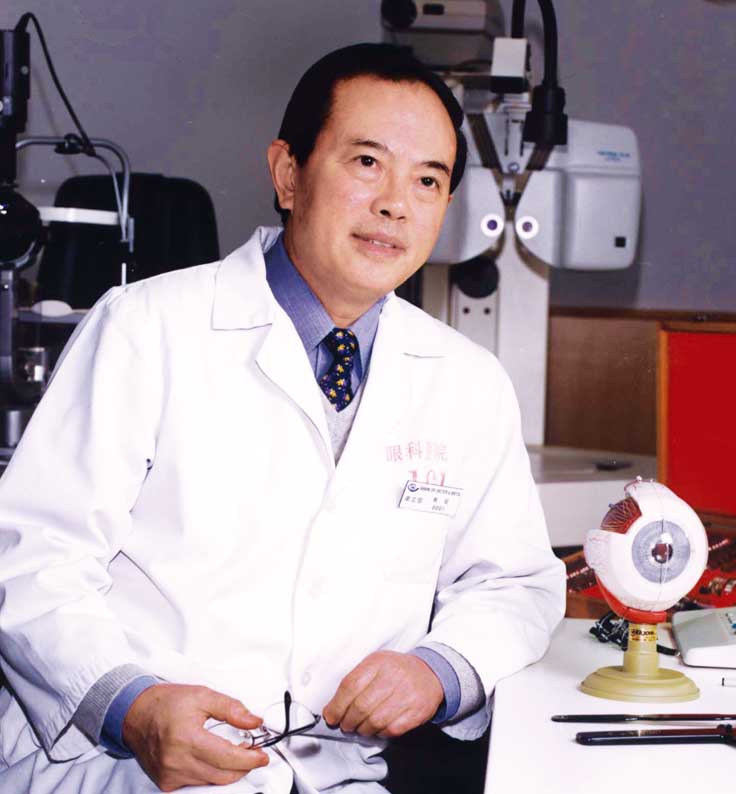 Xie Lixin, (born December 12, 1942 in Laizhou, a city of Shandong province) is a member of Communist Party of China, academician of the Academy of the Engineering, professor, researcher and doctoral supervisor.

From 1987 to 1988, Xie did postdoctoral research on keratopathy in Louisiana State University Ophthalmology Center in the United States. In 1991, he founded the Shandong Institute for Ophthalmic Research in Qingdao, a city of Shandong province. In 2001, he was elected a Fellow of the Chinese Academy of the Engineering. Now, he is an honorary president of Shandong Academy of Medical Sciences, the director of Shandong Institute for Ophthalmic Research , the dean of Qingdao University College of Optometry, the chief of Shandong Key Laboratory of Ophthalmology (State Key Laboratory co-founded by Shandong and the Ministry of Health), the dean of College of Medicine and Life Science of Shandong Academy of Medical Sciences and of University of Jinan, and holds a concurrent post in Chinese Medical Association Ophthalmological Society as a deputy director, in Chinese Journal of Ophthalmology as a deputy editor-in-chief. Xie also is the vice-president of Ascian Orthokeratology Association, an international member of American Ophthalmological Society, a councilor of International Ocular Surface Society, a member of International Tear Stains and Ocular Surface Society Academic Board and the director of Ascian-Pacific Contact Lens Ophthalmologist Association.

Professor Xie mainly engages in applied basic research and clinical diagnosis of corneal disease and cataract, and has done outstanding pioneering work on corneal endothelial cell, infective corneal disease and slow-release drug injection into eyes. He is the first individual who has won 15 scientific progress prize at national and provincial level and 4 national invention patents. Also, he has publicized works of Corneal Transplantation Science and Corneal Disease, first of these in China, and has edited, translated and reviewed the publication of 10 books and joined in the co-editing of 18 books. Xie has published 356 academic papers in domestic ans abroad journals of ophthalmology , among which 127 papers were publicized in Chinese Journal of Ophthalmology as the first author or the corresponding author, 37 papers were registered by SCI in foreign countries. He has done over ten thousand cases of operations respectively on corneal transplantation and ocular and undertaken 30 scientific research projects including national sub-projects called " 863 plan", "973 plan" and the national natural scientific fund key projects. Now, he is the doctoral supervisor of Peking University, Zhejiang University, Wuhan University and Qingdao University. The nation-wide postgraduates and psychiatrists with continuing education he has cultivated have made considerable contribution to the education of Chinese ophthalmology.

Due to the extraordinary contribution Xie has made to the Chinese ophthalmology, such honors including the National May 1 Labor Medal, National Model Worker, the excellent returnee of the Ministry of Health have been conferred on him. He is the representative of 8th and 9th National People's Congress and the delegate of 16th National People's Congress of Communist Party of China. In 1998, he won Chinese Ophthalmology Society Award. In 1999, he received the International Outstanding Achievement Award of Louisiana State University in the United States, the Gold Key Award of China-America Ophthalmology Society in 2004, Qingdao Scientific and Technological Award of Merit in 2005 and Chinese Outstanding Achievement Award of Ophthalmology in 2006.

Yu Jinming, academician of the Academy of the Engineering